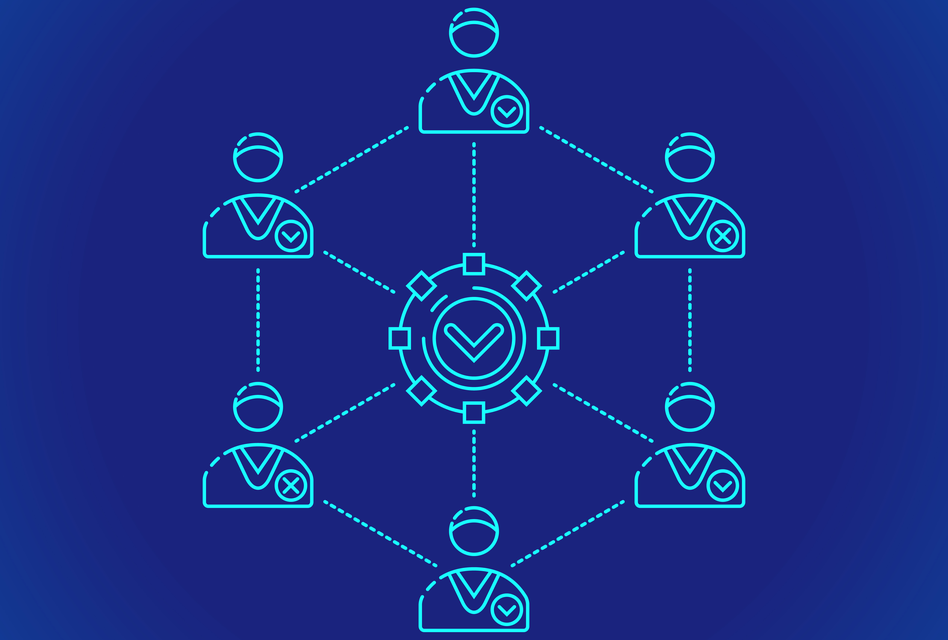 Consensus on the blockchain is what allows the network to function and reach agreement on which transactions are valid. Without consensus, the network would quickly become bogged down with conflicting transaction histories, making it impossible to confirm new transactions or even understand which history is the “true” one. For this reason, reaching consensus is essential to keeping the blockchain running smoothly. There are a few different ways that consensus can be reached.

So, if you are wondering how blockchain consensus work, you have to know about each one of them separately to understand.

Proof of Work is one of the most popular and first consensus algorithms used in blockchain networks. In this algorithm, nodes are called miners, and they must solve complex mathematical issues using their device’s computational power to verify blocks and add them to the chain. This process helps to secure the network against malicious attacks. Because it requires a large amount of computational power, Proof of Work is considered to be very energy-intensive. However, it is still widely used due to its high degree of security.

Delayed Proof-of-Work (or dPoW) is a protocol by which the creators of a new blockchain, referred to as “the forgers,” can delegate their proof-of-work verification task and security responsibilities to an existing blockchain, called the notary. The notary provides security functions and rewards notaries based on their work in verifying and committing the new blocks.

The dPoW protocol helps to improve the security of a blockchain by providing an extra layer of protection against 51% attacks. By delegating the proof-of-work verification task to a notary, the forgers can rest assured that their blockchain will still be secure even if someone were to take control of its hash rate. As long as the notary has sufficient hashing power, it would be extremely difficult for attackers to change any information on the forger’s blockchain without first taking control of a large percentage of the notary’s hashing power.

Proof of stake allows you to take part in the consensus in terms of how many coins you staked in the network. If you have more coins, your possibility of mining a block will increase.

The Delegate nodes on the platform help to maintain a functional system. They are responsible for validating transactions and ensuring that everything runs smoothly within this environment, while also getting paid!

The Lease Proof of Stake (LPoS) is a new consensus algorithm that provides more fairness to the smaller holders. Unlike previous PoS systems, which only allowed people who owned coins in order for them staking their own blocks and securing transactions on chain – with Lpos there are no such restrictions so long as they have access rights from someone else willing donate those privilege–this way small growers can still get involved while not having any unfair disadvantage compared against large stakeholders!

With Proof of Stake Velocity, active users can earn an extra reward while staking their coins into the network. This means that those who aren’t as frequently online won’t receive this additional payment for validating blocks- which creates more incentive to be always ready!

The amount of time that a node has to wait before being able participate in consensus is configurable. The default setting ensures stability and security, but it can be bypassed if needed with an extended waiting period for transactions or blocks created by other nodes who have already completed their portion as well since there’s no way around this system tracking whether you were active during certain periods without knowing what happened beforehand!

Practical Byzantine Fault Tolerance gets rid of the nodes that could harm our network. It takes into account any failure it might experience, and whenever one node fails to send information on time – because we know how much trouble they can be!- all other members will eventually receive false data from them too since no single member has control over what happens inside an entire group mind.”

The block generator collects all the transactions and groups them accordingly, before getting into one big nasty verifying puzzle. A validator then has to validate that whole thing – which means checking every little piece of data in order for there be no errors or frauds!

Here, the leader of the nodes is called a delegate, and it has limited power. If the leader tries to manipulate the network, another delegate will replace that node. More so, other nodes can disagree with the delegate and can change their leader accordingly.

The general nodes get their own separate blockchain to run, and before any node can request for a transaction they must first be verified. Additionally here you have two options: either trust all members of this network or choose not too which leaves open room for frauds within the system as well!

The process in which miners pre-mine a block template and then validate it with their stake, creating an incentive for them not only to mine but also keep the network secure.

Proof of Authority is similar to the consensus in that it also requires a validator with good reputation. However, there are some key differences between these two methods; if someone tries cheating on network they will face severe consequences as opposed Proof-ofAuthority where participants have an advantage because their node can be partipicant without having any special powers or privileges granted by other nodes within this system

The system creates significant events on the network, and then nodes can validate transactions based upon whether those happen before or after that event.

The blockchain is a system of scores that determine how important you are. The higher your coin count, the better! You can also increase this score by harvesting coins and if enough people do so too then their importance will rise even higher than before.

The idea is that you’re only using up space on your hard drive, not processing power. So the larger it would be for each user and their available capacity-the more validation chances they get to solve blocks!

Here, the blockchain works by burning coins to keep the network stable. So, the users would send some of their coins to an eater address and burn them so that they can participate in consensus.

This system takes into account how many coins you have, as well other factors to weigh your opinion. So even if it seems like there are fewer of themout on the network- don’t worry! You still might get involved with consensus and help determine what goes down forevermore

Conclusion:  So, there are many different types of blockchain consensus mechanisms. Which is the best? The answer is that it depends on the situation. For example, Proof of Work may be better for a currency like Bitcoin, while Delegated Proof of Stake may be better for a company looking to launch its own coin. Cyberium Blockchain offers all of these options and more, so you can find the perfect consensus mechanism for your needs. Are you ready to launch your own coin? Contact us today to get started!